So it happened to me after a sunroof jam that the engine was a little lost, in other words when I activated the rotating button of the sunroof or it was not going in the desired position, it was kind of going back. It is at this time that calibration/calibration takes on all its importance to restore the engine’s bearings so that it remembers its beginning and end of the race.

Rotating button in closed position and closed window pull button down and hold for 20 seconds even when it is moving (that’s important) it will open to about half its total run and closes. At this point you can release the rotating button.

Closed positon store and rotating button in closed position.
Press and hold the sun-parory closure button for 20 seconds.
The blind opens about half of its total run and closes. At this point you can release.

You have just completed the calibration of your two engines. Bravo! 👋 !

If you need so I have realized several tutorials that can help you: 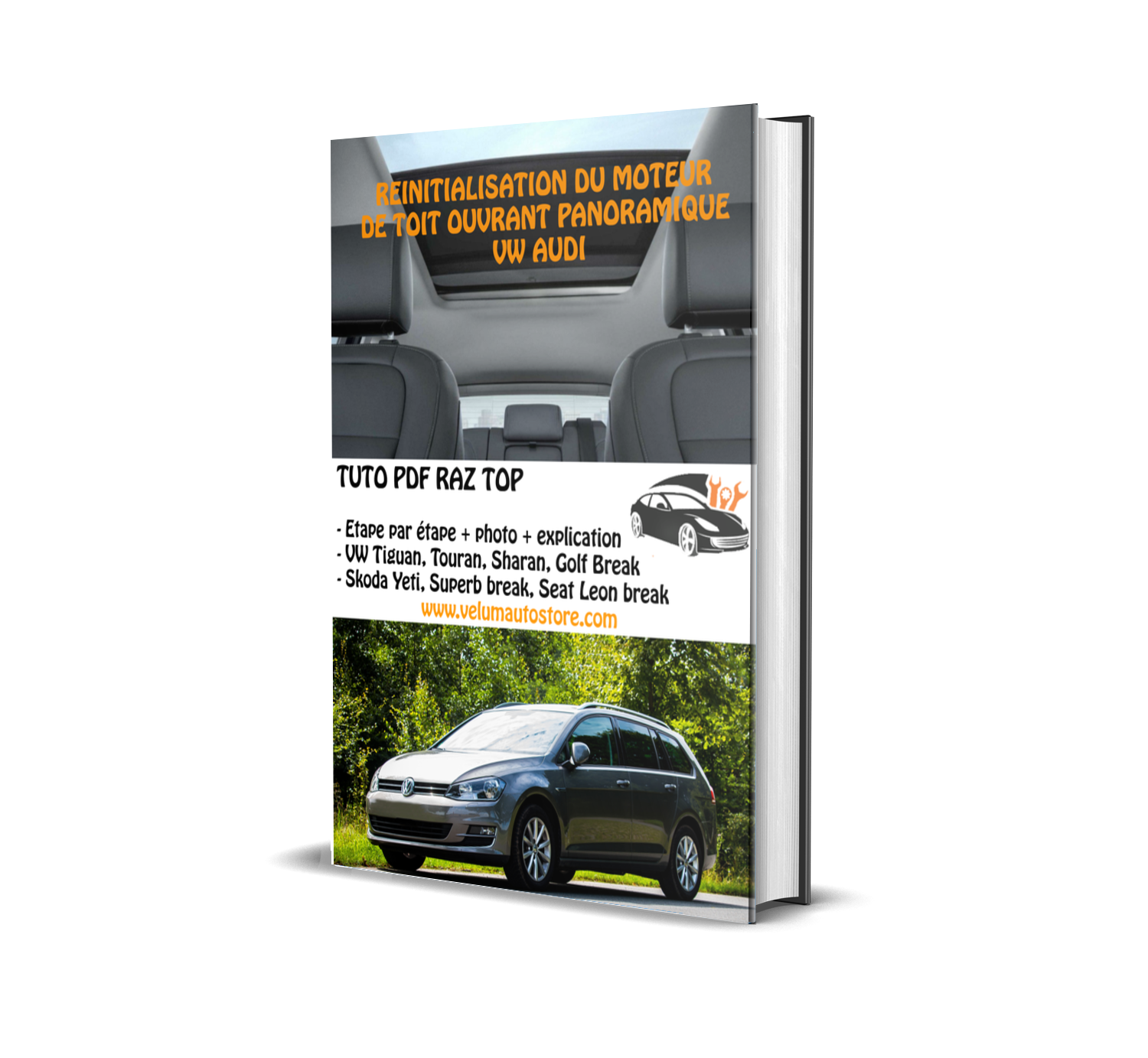 Enter your email to get your PDF to reset the engines of your panoramic sunroof VW, AUDI, SKODA, SEAT

Your PDF arrives in your inbox